The first Big Polyphonic Song Concerts were organized in 2000 and 2001 at cinema-theatre “Pallas” in Athens, with an unexpectedly great success. Most of the groups that participated back then had travelled all the way form Epirus and Albania, while the young interpreters were only a few. Since 2002 the Big Celebrations are organized at an open space, Petra Theatre, in a region which is closer to the center of gravity for the migrants from Epirus in Attica.

The participations of groups and interpreters in the Big Polyphonic Song Celebrations are continuously growing. At the same time, the average interpreters’ age is being decreased, thanks to the creation of new groups and the attraction of more and more young people to the polyphonic song. The Big Polyphonic Song Celebrations have a decisive contribution to this evolution, promoting the Epirotic polyphony widely. 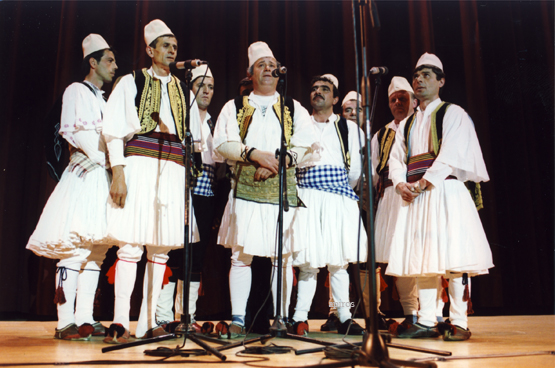 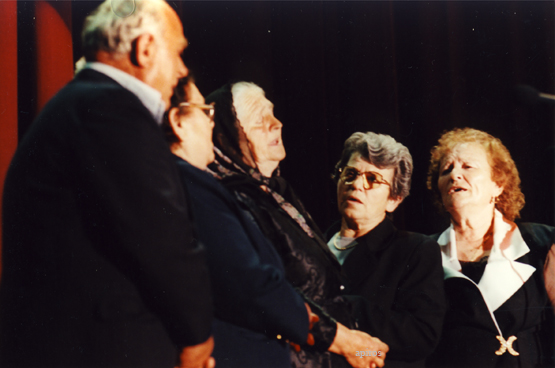 The international character of the participations in the program is broadened, gradually containing groups from seven, in total, Balkan and Mediterranean countries. The Epirotic polyphony, in this way, meets folk polyphonies of neighboring or other peoples, promoting its position and relation with the wider framework of folk polyphony. This internationalization had a special value, during times when the relations between neighbors were challenged. The Big Polyphonic Song Celebrations struggle to broaden the common places.

They mainly struggle, however, to widen their greatest fruit, the Community of Polyphony. The Big Celebrations have decisively contributed to the creation of the Polyphonic Song Community and, since years now, they constitute the barometer regarding its evolution. The numeric increase of groups and interpreters, the analogical increase of the participation of young groups and interpreters, constitute two of the promising fruits of the 20 years of the Big Polyphonic Song Celebrations.

The Big Celebrations are organized at the beginning of every summer and are Polyphonic Caravan’s unique events that have an entrance fee, as lower as possible, in the effort to support all of the institution’s actions throughout all the year. The support from the part of the International Petra Festival and the Municipality of Petroupoli, which have embraced and diachronically support their organization, is decisive for their success.