The field-based research constitutes a priority for the seasonal Polyphonic Caravans. On the one hand, this responds to a need they meant to cover, the enrichment of the Polyphonic Song Archive, and, on the other hand, justifies their mainly thematic character. Every seasonal Caravan has another theme, focusing either on different regions of the Epirotic polyphony (e.g. Pogoni, Ano Pogoni, Mourgana) or even on some other Greek genre of polyphony (e.g. Volakas of Drama, Vlach polyphony, Corfu). The field-based research is part of the collective apprenticeship next to the latest experiential interpreters, and this is why the students of the Polyphony Workshops have a privileged place as co-travelers with the Caravans. Their participation constitutes a basic stage of their apprenticeship, offering irreplaceable knowledge and experiences. On the other hand, the concern for the “frontiersmen of polyphony” is also privileged, the meetings with them, during the winter, encourage their own relationship with the polyphonic song, realizing the value of the transmission of the polyphonic heritage and their own contribution to it. 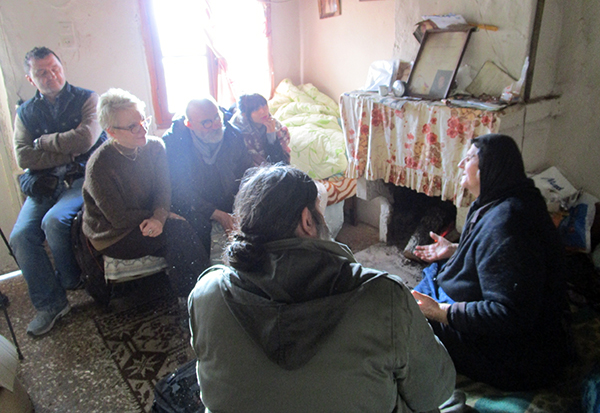 The seasonal Polyphonic Caravans are often of a four-day long duration and travel during the first days of every year and every May. The research and apprenticeship within their framework is done with direct ways, through meetings and improvised celebrations, favoring the need for unmediated “performance” of the polyphonic song. The seasonal Polyphonic Caravans listen for the polyphonic song in another way, through the everyday life of its people, the silences of the places, offering an incomparable material for the substantiation of the locality of its interpretation as well as the osmoses between its areas.